An angle is formed when two rays, a line with one endpoint, meet at one point called a vertex. The angle is formed by the distance between the two rays. Angles in geometry are often referred to using the angle symbol so angle A would be written as angle A or When a line (called a transversal) intersects a pair of lines, AIAs are formed on opposite sides of the transversal. If the pair of lines are parallel then the alternate interior angles are equal to each other. 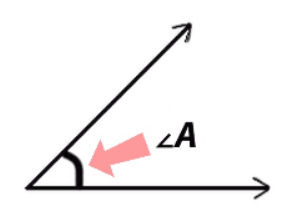 Parallel lines are two lines on a two-dimensional plane that never meet or cross. When a transversal passes through parallel lines, there are special properties about the angles that are formed that do not occur when the lines are not parallel. Notice the arrows on lines m and n towards the left. These arrows indicate that lines m and n are parallel. 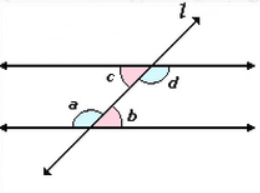 AIAs are formed when a transversal passes through two lines. The angles that are formed on opposite sides of the transversal and inside the two lines are AIAs. Notice the pairs of blue and pink angles.

The theorem states that if a transversal crosses the set of parallel lines, the alternate interior angles are congruent.

Proof: Suppose a and b are two parallel lines and l is the transversal which intersects a and b at point P and Q. See the figure. 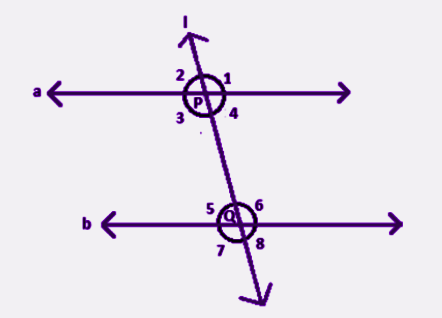 From the properties of the parallel line, we know if a transversal cuts any two parallel lines, the corresponding angles and vertically opposite angles are equal to each other. Therefore,

Hence, it is proved. 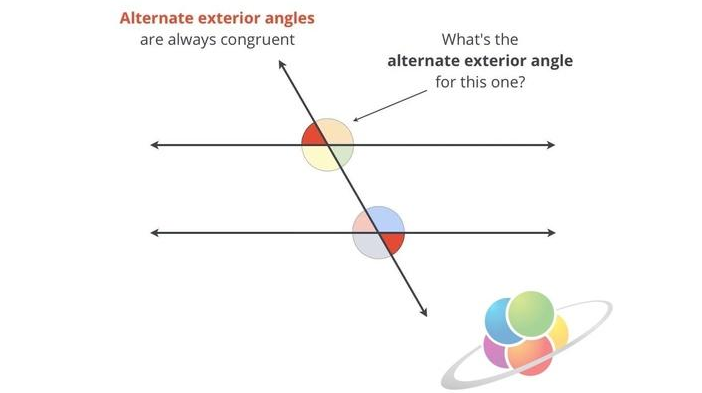 What is the AIA?

What is the difference between the exterior and AIA?

What are alternate angles in maths?

What are alternate angles in parallel lines?

Do AIA equal to each other?

What are AIAs examples?

What are alternate and corresponding angles?

Corresponding angles are at the same location on points of intersection. Next, we have the AIAs. Located between the two intersected lines, these angles are on opposite sides of the transversal.

How do you prove two lines are parallel without angles?

How do you prove that lines are parallel using coordinates?

When two straight lines are plotted on the coordinate plane, we can tell if they are parallel from the slope, of each line. If the slopes are the same then the lines are parallel. In the figure above, there are two lines that are determined by given points.
← Previous Post
Next Post →