Carboxylic acid, any of a class of organic compounds in which a carbon (C) atom is bonded to an oxygen (O) atom by a double bond and to a hydroxyl group (―OH) by a single bond. A fourth bond links the carbon atom to a hydrogen (H) atom or to some other univalent combining group. The carboxyl (COOH) group is so-named because of the carbonyl group (C=O) and a hydroxyl group.

Carboxylic acids are commonly identified by their trivial names. They often have the suffix -ic acid. IUPAC-recommended names also exist; in this system, carboxylic acids have an -oic acid suffix. For example, butyric acid (C3H7CO2H) is butanoic acid by IUPAC guidelines. For nomenclature of complex molecules containing a carboxylic acid, the carboxyl can be considered position one of the parent chain even if there are other substituents, such as 3-chloropropanoic acid. Alternately, it can be named as a “carboxy” or “carboxylic acid” substituent on another parent structure, such as 2-carboxyfuran.

The carboxylate anion (R–COO− or RCO2−) of a carboxylic acid is usually named with the suffix -ate, in keeping with the general pattern of -ic acid and -ate for a conjugate acid and its conjugate base, respectively. For example, the conjugate base of acetic acid is acetate.

Carboxylic acids are polar. Because they are both hydrogen-bond acceptors (the carbonyl –C=O) and hydrogen-bond donors (the hydroxyl –OH), they also participate in hydrogen bonding. Together, the hydroxyl and carbonyl group form the functional group carboxyl. Carboxylic acids usually exist as dimers in nonpolar media due to their tendency to “self-associate”. Smaller carboxylic acids (1 to 5 carbons) are soluble in water, whereas higher carboxylic acids have limited solubility due to the increasing hydrophobic nature of the alkyl chain. These longer chain acids tend to be soluble in less polar solvents such as ethers and alcohols.[3] Aqueous sodium hydroxide and carboxylic acids, even hydrophobic ones, react to yield water-soluble sodium salts. For example, empathic acid has low solubility in water (0.2 g/L), but its sodium salt is very soluble in water.

Carboxylic acids tend to have higher boiling points than water, because of their greater surface areas and their tendency to form stabilized dimers through hydrogen bonds. For boiling to occur, either the dimer bonds must be broken or the entire dimer arrangement must be vaporized, increasing the enthalpy of vaporization requirements significantly.

All Remaining acid structures are can be derived as given above

The carboxyl group is sometimes referred to as the carboxy group, carboxyl functional group, or carboxyl radical. Also, We Can Say The functional group of a carboxylic acid, characterized by a carbonyl group bonded to a hydroxyl group. ‘Carboxyl’ can be thought of as a contraction of carbonyl hydroxyl.

The double-bonded oxygen is electronegative and attracts hydrogens. The hydroxyl group does the opposite, and would gladly give up hydrogen to form another bond with carbon. In this way, carboxyl groups are polar and can participate in hydrogen bonding and a variety of other important reactions. The “R” in the above diagram can be any number of carbon-containing molecules or even a single hydrogen atom. One important example of a carboxyl group is in protein synthesis. Every amino acid has both a carboxyl group and an amino group. The bond formed between these groups allows amino acids to be chained together in long sequences and is known as a peptide bond.

Probably the best-known example of a molecule with a carboxyl group is a carboxylic acid. The general formula of the carboxylic acid is R-C(O)OH, where R is any number of chemical species. Carboxylic acids are found in acetic acid and the amino acids that are used to build proteins. Because the hydrogen ion detaches so readily, the molecule is most commonly found as a carboxylate anion, R-COO–. The anion is named using the suffix -ate. For example, acetic acid (a carboxylic acid) becomes the acetate ion.

What Is Carboxylic Acid Used For?

Carboxylic Acid Derivatives Have Varied Applications. For Example, In Addition To Its Use As A Disinfectant, Formic Acid, The Simplest Carboxylic Acid, Is Employed In Textile Treatment And As An Acid Reducing Agent. Acetic Acid Is Extensively Used In The Production Of Cellulose Plastics And Esters.

What Is A Carboxylic Acid Give An Example?

How Carboxylic Acids Are Formed?

Is Vinegar A Carboxylic Acid?

The Functional Group In The Carboxylic Acids Is The Carboxyl Group, -cooh. Vinegar Is A Dilute Solution Of Ethanoic Acid. 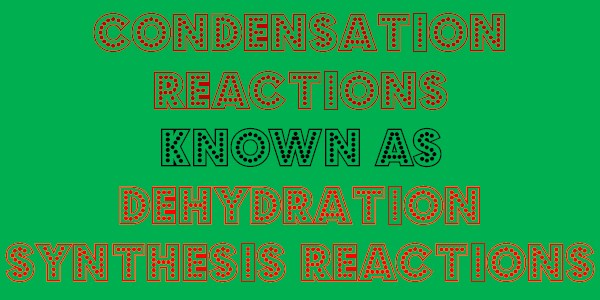