Social stratification refers to a society’s categorization of its people into rankings of socioeconomic tiers based on factors like wealth, income, race, education, and power. You may remember the word “stratification” from the geology class. The distinct vertical layers found in rock, called stratification, are a good way to visualize the social structure. Society’s layers are made of people, and society’s resources are distributed unevenly throughout the layers. The people who have more resources represent the top layer of the social structure of stratification. Other groups of people, with progressively fewer and fewer resources, represent the lower layers of our society. In the United States, people like to believe everyone has an equal chance at success. To a certain extent, Aaron illustrates the belief that hard work and talent not prejudicial treatment or societal values determine social rank. This emphasis on self-effort perpetuates the belief that people control their own social standing.

Social stratification is the most binding and central concern of sociology, changes in the study of social stratification reflect trends in the entire discipline. The founders of sociology including Weber thought that the United States, unlike Europe, was a classless society with a high degree of upward mobility. During the Great Depression, however, Robert and Helen Lynd, in their famous Middletown (1937) studies, documented the deep divide between the working and the business classes in all areas of community life. W. Lloyd Warner and colleagues at Harvard University applied anthropological methods to study the Social Life of a Modern Community (1941) and found six social classes with distinct subcultures: upper and lower upper, upper-middle and lower-middle, and upper lower and lower classes.

In 1953 Floyd Hunter’s study of Atlanta, Georgia, shifted the emphasis in stratification from status to power; he documented a community power structure that controlled the agenda of urban politics. Likewise, C. Wright Mills in 1956 proposed that a “power elite” dominated the national agenda in Washington, a cabal comprising business, government, and the military.
From the 1960s to the 1980s, research in social stratification was influenced by the attainment model of stratification, initiated at the University of Wisconsin by William H. Sewell.

Designed to measure how individuals attain occupational status, this approach assigned each occupation a socioeconomic score and then measured the distance between sons’ and fathers’ scores, also using the educational achievement of fathers to explain intergenerational mobility. Peter M. Blau and Otis Dudley Duncan used this technique in the study published as The American Occupational Structure (1967).
Attempting to build a general theory, Gerhard Lenski shifted attention to whole societies and proposed an evolutionary theory in Power and Privilege (1966) demonstrating that the dominant forms of production (hunting and gathering, horticulture, agriculture, and industry) were consistently associated with particular systems of stratification. This theory was enthusiastically accepted, but only by a minority of sociologists. Addressing the contemporary world, Marion Levy theorized in Modernization and the Structures of Societies (1960) that underdeveloped nations would inevitably develop institutions that paralleled those of the more economically advanced nations, which ultimately would lead to a global convergence of societies.

Challenging the theory as a conservative defense of the West, Immanuel Wallerstein’s The Modern World-System (1974) proposed a more pessimistic world-system theory of stratification. Wallerstein averred that advanced industrial nations would develop most rapidly and thereby widen global inequality by holding the developing nations in a permanent state of dependency.

Social stratification refers to a system by which a society ranks categories of people in a hierarchy. In the United States, it is perfectly clear that some groups have greater status, power, and wealth than other groups. These differences are what led to social stratification. 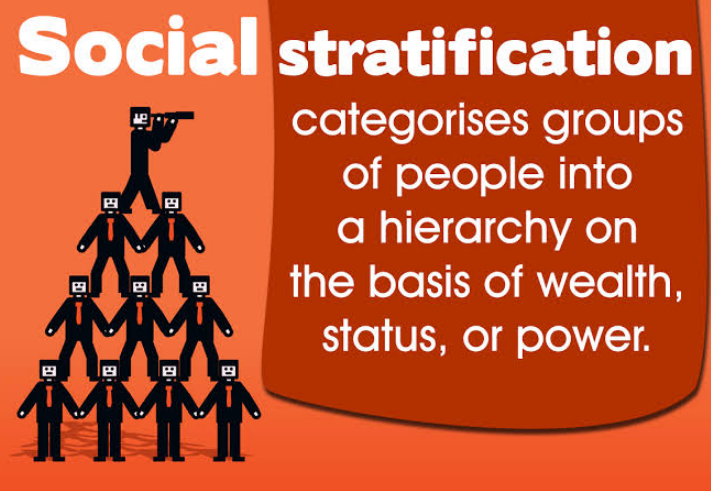 Social stratification is based on four major principles-

It is a trait of society, not simply a reflection of individual differences.

It persists over generations.

It is universal (it happens everywhere) but variable (it takes different forms across different societies).

It involves not just inequality but beliefs as well (inequality is rooted in a society’s philosophy).

Social Stratification Is A Concept That Refers To

social stratification is a concept that refers to a system by which a society ranks categories of people in a hierarchy. In the United States, it is perfectly clear that some groups have greater status, power, and wealth than other groups. These differences are what led to social stratification.

Men have long dreamed of an egalitarian society, a society in which all members are equal. No one will be placed in a position that will be higher or lower, superior or inferior in relation to others. No one will suffer the indignity of being related to a position that commands little respect. Wealth will be distributed equally among the population.

The rich and poor, have and have-not will be a thing of the past. In an egalitarian society, the phrase’ power to the people’ will become a reality. No longer will some have power over others. Exploitation and oppression will be the concepts of the history that have no place in the description of contemporary social reality. 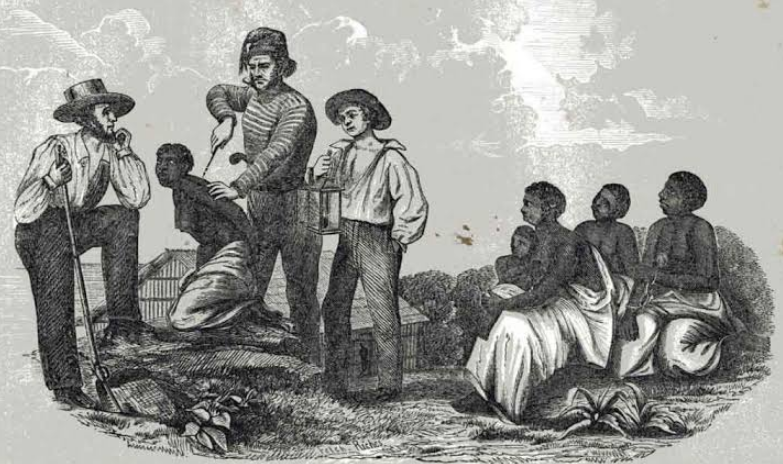 Clearly the egalitarian society remains a dream. In no society, people are absolutely equal in all respects. All human societies from the simple to the most complex have some form of social inequality. In particular, power and prestige are unequally distributed between individuals and groups.

In many societies, there are also marked differences in the distribution of wealth. Wealth may include land, livestock, buildings, money and many other forms of property owned by individuals or social groups. Societies are marked by inequalities. Societies may differ in the degree of inequalities and nature of stratification.

Structural functionalists argue that social inequality plays a vital role in the smooth operation of a society. The Davis-Moore thesis states that social stratification has beneficial consequences for the operation of society. Davis and Moore argue that the most difficult jobs in any society are the most necessary and require the highest rewards and compensation to sufficiently motivate individuals to fill them. Certain jobs, like mowing grass or cleaning toilets, can be performed by almost anyone, while other jobs, such as performing brain surgery, are difficult and require the most talented people to perform them. 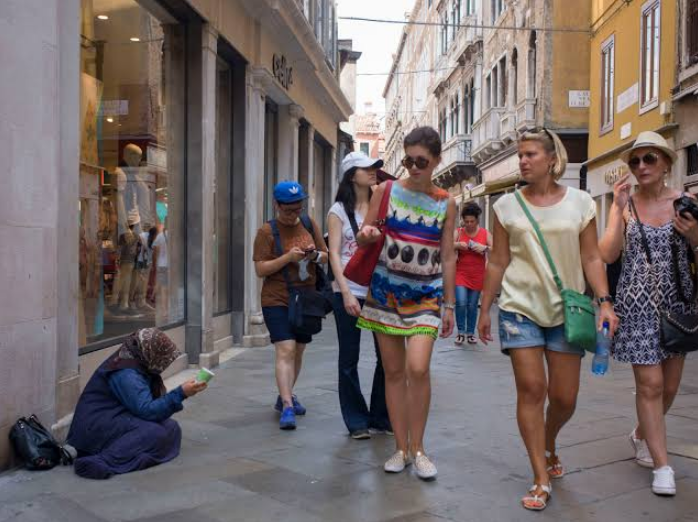 In order to lure the most talented people away from less important work, a society must offer those people rewards and incentives. Davis and Moore further claim that any society can be equal, but only to the extent that people are willing to let anyone perform any job. This would also require that even those who do their job poorly are rewarded equally. What would be the incentive for people to do their best if everyone was rewarded equally?

The status of people is often determined by how society is stratified – the basis of which can include;

Wealth and income – This is the most common basis of stratification

The stratification of society is also based upon either an open or closed, system.

Status is achieved through merit and effort. This is sometimes known as a meritocracy. The UK is a relatively open society, although disadvantaged groups within society face a glass ceiling.

Status is ascribed, rather than achieved. Ascribed status can be based upon several factors, such as family background (e.g. the feudal system consists of landowners and serfs). Political factors may also play a role (e.g. societies organized on the basis of communism), as an ethnicity (e.g. the former apartheid regime in South Africa) and religion.

What is social stratification in sociology?

Stratification describes the way in which different groups of people are placed within society. The status of people is often determined by how society has stratified the basis of which can include; Wealth and income. This is the most common basis of stratification. Social class.

What are the 5 social classes?

Gallup has, for a number of years, asked Americans to place themselves without any guidance into five social classes: upper, upper-middle, middle, working and lower. These five class labels are representative of the general approach used in popular language and by researchers.

What are the 6 social classes?

What is an example of social class?

Social classes are groupings of individuals in a hierarchy, usually based on wealth, educational attainment, occupation, income, and membership in a subculture or social network. For example, in Mexico, society is stratified into classes determined by European or indigenous lineage as well as wealth.

What are the different types of social status?

Broadly speaking, there are two kinds of status, achieved status and ascribed status. Each can refer to one’s position, or role, within a social system—child, parent, pupil, playmate, etc.—or to one’s economic or social position within that status.
← Previous Post
Next Post →